Laptops, notebooks, tablets, e-readers, cell phones… Today, most of our electronic devices are powered by lithium ion batteries. Usually, everything runs smoothly but it can happen that the battery is defective and start to swell, expand or inflate. In this case, it is most often too late to fix it. Here are some explanations about how to prevent this from happening and, if it’s too late, how to dispose of your bloated battery.

Why Do We Use Lithium Ion Batteries?

One would ask, if lithium ion batteries fail so often, why are their use so widespread? Well, it because they are ideal for many of our electronic devices as they provide a high energy density with a small effect on memory and, above all, a low self-discharge. The thing is, they are also less stable that other sources of power, and this because the material they are made of – lithium – is a more reactive substance than any other battery material, especially because of the small amount of room they are assigned.

Now, when a lithium battery gets old, when it presents a manufacture default or else when it is not used properly, it can start to bulge and end up failing. The inflation usually comes from overheating, which makes the battery emit a mixture of flammable electrolytes. Gasses remain stuck within the battery thanks to a containment safety system that prevents it from igniting. The visible result of this malfunction is an inflation or and expansion of the battery.

How To Prevent A Battery From Swelling?

As we said before, most lithium battery bulging are due to overheating. It may come from a manufacture default, in which case you may try to use your guarantee cover, or just because the battery got too old, in which case you may just buy a new one (although it is most often cheaper to buy an entire new device).

But is can also be caused by a misuse of the battery. Here are some advices to avoid, or at least to postpone its deterioration:

What To Do With An Inflated Battery?

If you did not anticipate the deterioration of your lithium battery and that it is already expanded, it is sadly too late to do anything for it. Even professionals will say that you must either replace it, either buy a new device. If this is your case, here are some things you must absolutely know.

Note also that you shall not discard your battery in a regular bin, or worse in a landfill. Indeed, lithium is a very toxic substance presenting important environmental hazard. Improperly discarded batteries could become short-circuited or punctured in a sanitation truck and create a fire or an explosion. For that reason, ant lithium ion battery, may it be old, damage or even new must be strictly recycled at an authorised recycling center.

If you’re not sure where one is in your area, you can just visit your city’s website or county’s hazardous material disposal center to find out. Remember to never dispose of a swollen battery in a general battery recycling bin like you might find at the local electronics store as these are not made of lithium and are recycled more easily in thanks to different processes.

What Devices Function With A Lithium Ion Battery?

Just as a reminder for those who need it, here is a recap of the different devices that function with a lithium ion battery:

On the other hand, other informatics hardware do not need such batteries, like external hard drive, which require less power and can function thanks to the power of the computer itself once plugged to it with a simple USB cable. 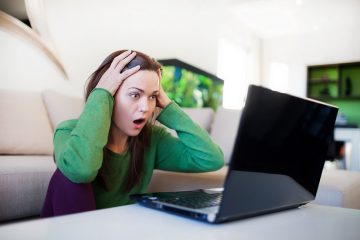 What if your computer, mobile or PC breaks down during the lockdown?

If we thought we were dependant on our phones and computers before the coronavirus pandemic happened, imagine now? To some of us, it kept us working while others had to go on temporary unemployment and Read more 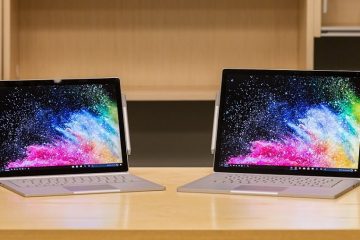 This is the world of technological advancement. We have brought room-sized computers to our palms, and their use has increased exponentially. Laptops have become a basic necessity for every home. As hard as people are Read more 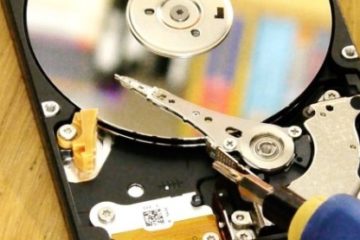 The major core component of any computer, laptop or notebook is its hard drive or disk (HDD). It is where all the data is stored and what makes these data available at all time. Sadly, Read more