We already saw how to fix an Xbox One that keep turning on by itself, but now if it keeps turning off, that is another issue, and we will see now how to deal with it. The most common reason for an Xbox One shutting down by itself with no apparent reason is overheating. But overheating may be due to different causes. Let’s see why your Xbox turns off by itself and how to fix it.

Overheating due to improper ventilation

If your Xbox keeps shutting down for no reason, it is most likely due to overheating, which itself is most likely due to improper air ventilation. This can be caused by dust building up on air vents, but also because you did not allow enough space between these air vents and other components or the wall. It can also be due to a damaged internal fan. Let’s see these issues in detail.

If your console is turning off because of overheating, you may see a message that your Xbox is not getting proper ventilation. If you touch it, you will probably see that it has got very hot. Your first solution is to wait for 30 to 60 minutes at least before turning it on again. But let’s be honest, the issue will probably show up again, so let’s see your other solutions more into details.

Remove any component around your Xbox

One of the reason why your Xbox does not get a proper ventilation may be because you did not allow enough space between air vents and other components or the wall. Check your Xbox and spot where the air vents are. Depending on your Xbox type, vents may be on top or on the back.

If they are on the back, make sure your console is not to close from the wall and allow at least 15 to 20 cm. If they are on top, make sure there is no other component on top if it, such as another console or a DVD-player. Note that if all your component are on a pile, be aware that you are damaging all of them and invest in a new TV stand with more shelves.

If your problem is not solved yet, proceed to the following steps. You may want to unplug your Xbox before going further.

Now you have spotted the air vents, also make sure they are not clogged with dust, animal hair or other dirt. If they are, you can try to use a pressurized air can (Dust-Off) to clean it. But be aware that doing so would probably just postpone the issue to later on, when the internal fan itself will be clogged. So best is to jump directly to the next step.

Clean the fan and the air vents from the inside

If the issue persists, it may mean that the air fan itself is clogged and not able to spin. If it cannot expel heat properly, this could be why your Xbox turns off by itself randomly. From there, you will have to open your Xbox in order to clean it in the inside.

Be really careful when you open your Xbox (you did unplug it, right?), especially if it is still under warranty, as any sign that Xbox has been opened will void it. Also, make sure to use a static wrist band and be super-careful not to touch any other internal component than the fan to avoid any static damage.

Once your Xbox is opened, first clean the air vents from the inside, then spot the fan and clean it, first with pressurized air but also with a dry cloth if needed. Never use anything wet inside your Xbox.

Once you spotted the fan, you may also want to make sure it is working properly. Indeed, if it is faulty, this would obviously explain the overheating and why your Xbox constantly shuts down by itself. Make sure the fan is electrically connected, and if it still does not look like it is working properly, remove and replace it with a new one. Use pressurized air again before closing your Xbox again.

Overheating due to defective power supply

Another reason why your Xbox may be overheating could because of damage power supply. Depending on the model of Xbox you have, the power supply may come in one or 2 bits. Inspect the complete power cord from end to end. If it is damaged in one or several places, it means that your console is probably disconnecting intermittently, and that would be the reason why it is overheating and turning off regularly.

If the power cord going into the Xbox is loose, bent or damaged, you can try to bend it back into the correct shape, but let’s be honest, this is not the safest way to deal with the issue. The best is to replace it. Check also the power cord going to the outlet and replace any bit that is deteriorated.

If none of these tips work, and that even after checking your automatic shut down settings and restarting your console, it still turns off randomly, then you will need to visit your after-sales service. 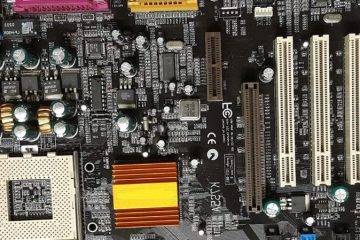 What are computer ram ddr1, ddr2, ddr3… and how to identify them? 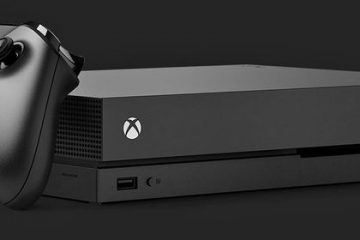 5 Reasons Why My XBox One Keeps Turning On By Itself and How to Fix It?

Have you noticed your Xbox One console has been turning on by itself at random intervals lately? There’s no need to panic. There’s no ghost in the machine and your console probably isn’t experiencing a Read more 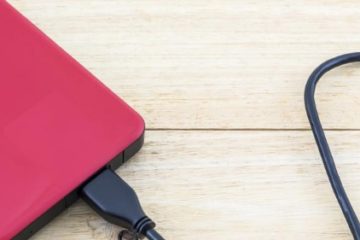